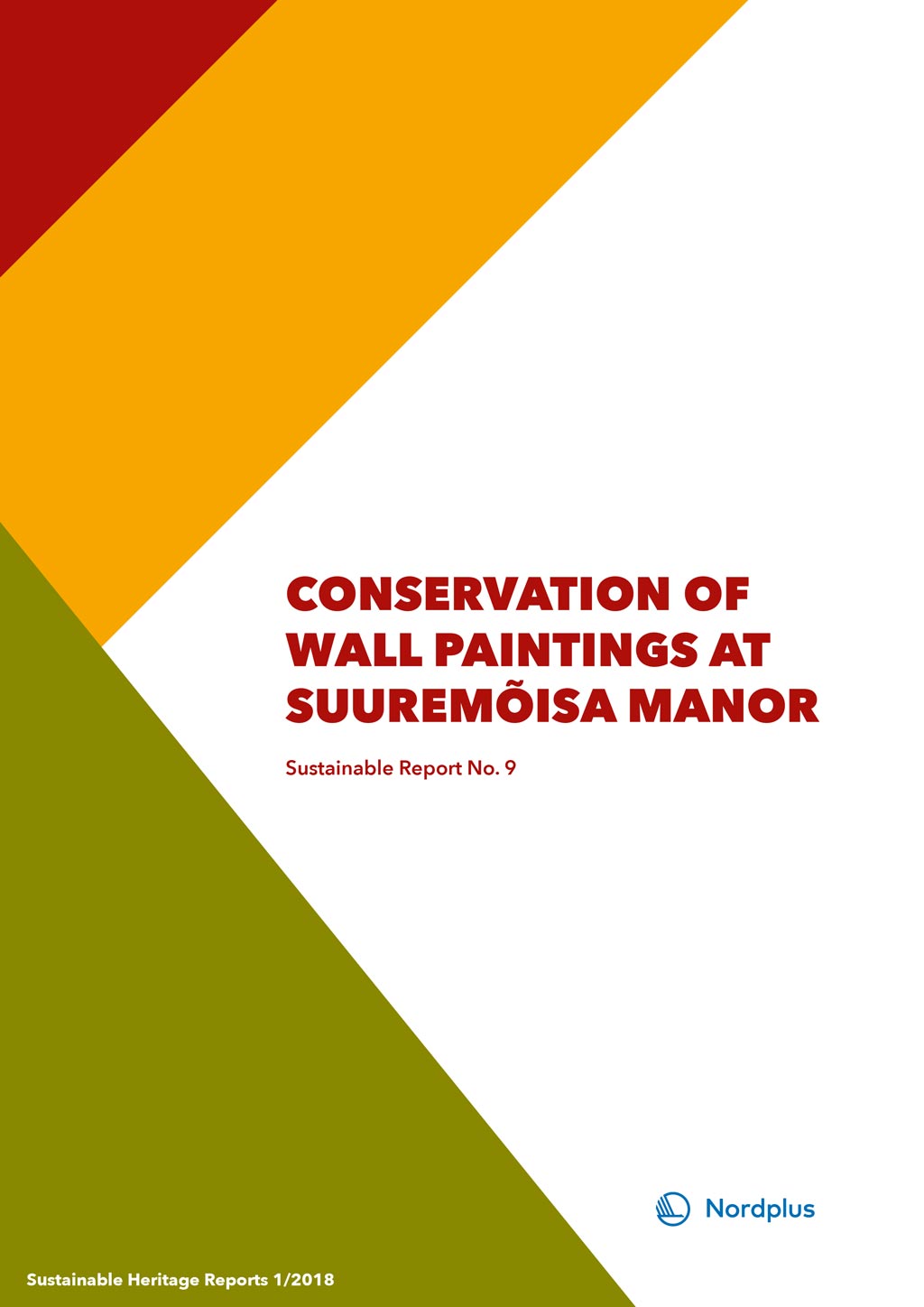 This report is about the conservation of wall paintings. It is also about what an international group of students learned through their working experience at Suuremõisa manor, lectures and excursions on the island of Hiiumaa in western Estonia.

The project Sustainable Heritage is designed for students of building conservation, conservation of artefacts, structural engineers and site management from three partner universities in Sweden, Estonia and Finland—Novia University of Applied Sciences (Novia UAS), Uppsala University Campus Gotland (UU) and Estonian Academy of Arts (EAA) with Tartu Art College (TAC) and Vocational School (HVS)—in order to give them the opportunity to learn about the traditional materials in different parts of buildings.

From the conservation point of view they learn how constructions and surfaces made of these materials are to be preserved in the best manner—more reports and views of the hands–on activities at various historic sites at www.sustainableheritage.eu—every course has had a different theme and they have been hosted by the three universities in turns. Students have been taught by expert craftsmen and given an academic background to each topic by teachers of the involved institutions. In addition to the pedagogical goals we cherish an idealistic wish that the performed hands–on work should contribute to the rescue and maintenance of our built heritage. This time the traditions were tested by conservation of wall paintings in a manor house in Estonia. The understanding and experience of conservation technique should come handy in many restoration jobs.

Suuremõisa is one of the grandest baroque manor structures in Estonia. The history of the estate can be traced back to before the 16th century. The current building was erected in 1755–60 probably on top the remains of an older building by the Stenbock family. The architect is thought to have been Joseph Gabriel Destain. In 1772, the main building was extended with two, one–floor wings and a ceremonial courtyard. Inspiration for the architecture, notably the hipped mansard roof and the two wings, came from Ulriksdal Palace in Sweden. The building still displays some of the original details, such as the fine carved baroque main door and the lime rendering on the facades, not to mention the original windows.

Inside the mansion, many panels and mouldings, staircases, doors, ceiling paintings etc. date back to the 18th century. The manor has belonged to several well-known members of the Swedish and Baltic German nobility. One of the most infamous and colourful landlords was Otto Reinhold Ludwig von Ungern–Sternberg (1744–1811) who was sent to Siberia in 1804 as a punishment for murdering a Swedish sea captain. His extraordinary life has inspired literary works as well as local lore.

Today, the manor in Suuremõisa is home to Hiiumaa Vocational School and Suuremõisa Elementary School.