The burning of bricks consumes a lot of energy, but you get a most sustainable and almost maintenance free material, a building element just right to be lifted with one hand while the other holds a trowel. The durability of the material depends mainly on how successful the burning process has been. Poorly burned bricks will break in cold climates due to frost action and salts will crack them in any climate. The durability of a brick construction is dependent on the designer’s understanding of the material and its hydrophilic qualities.

Most of the world’s population live in houses with walls of clay, either sun baked or burned bricks, or fresh clay which is pressed and dried on a reinforcement of twigs. The technique of making durable bricks by burning them was invented in Mesopotamia some 4000 years ago. The innovation did not reach Europe until the Middle Ages but then it spread to all parts of the western world within a few centuries. While brick making was a handcraft still a hundred years ago the production is highly automated today. Modern bricks are very even in size, colour and quality while old brick constructions usually have a varied colour and bear a touch of the bricklayer´s inspiration. Old bricks often also bear the fingerprints of the hands that made them. Industrially made bricks usually have the maker’s stamp.

The production process has four stages:

One of the most demanding details in a brick construction is the bridging over openings and building of vaults. 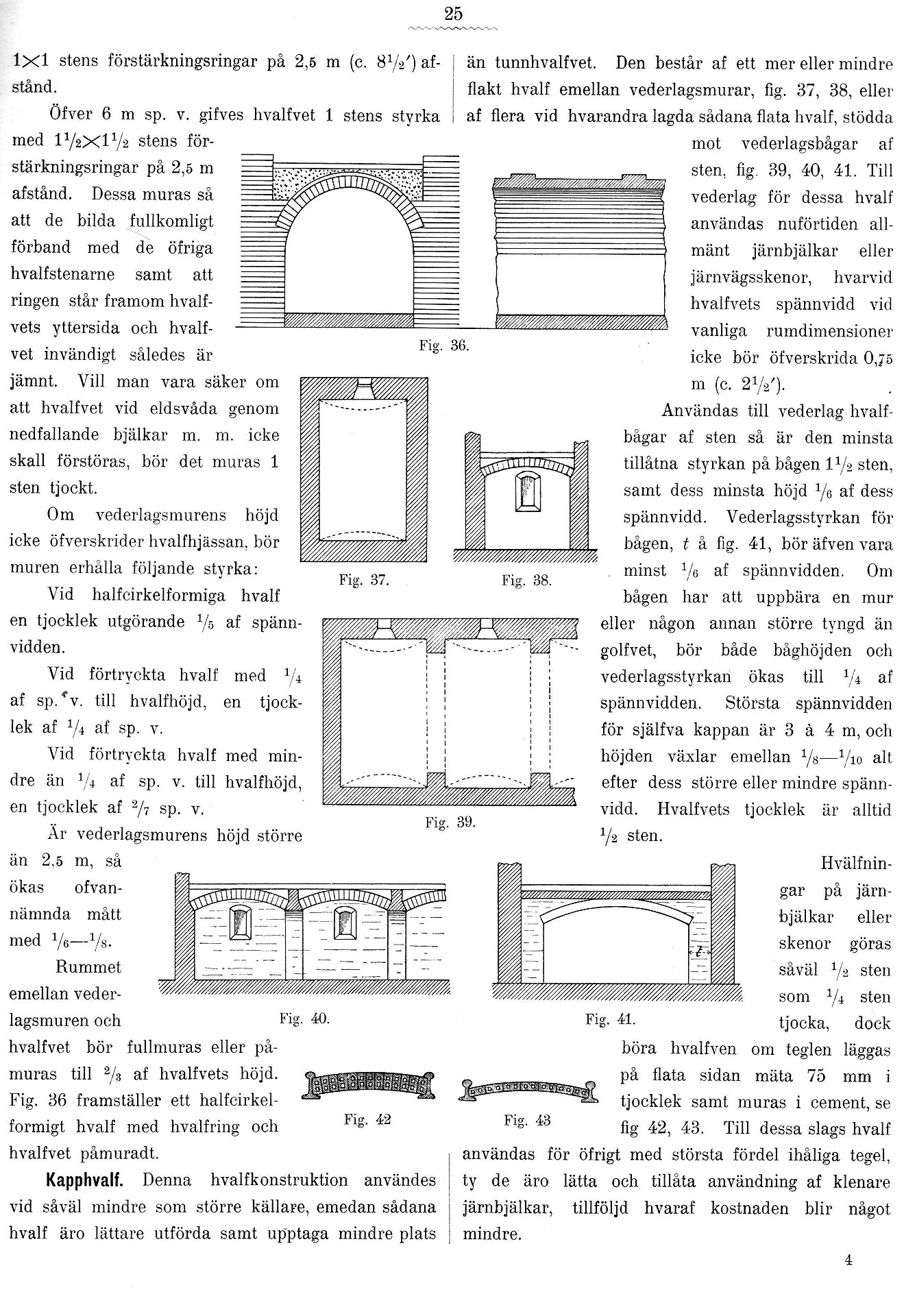 The Intensive Course about Brick Constructions in Ekenäs (Finland) concentrated on brick constructions from both a historical, conservationist and practical point of view—a small potato cellar with a vaulted roof according to traditional models was built during the Hands–On Work in Autumn 2014.