After burning, the material can be used as binder in mortars and white wash. It also plays an important role in agriculture, in the conservation of waterways that are prone to acid pollution, in the production of paper, glass, steel and many other industrial processes. Cement is also made of lime stone by burning it together with clay at a very high temperature. The result is clinker which is then ground into a powder.

Lime stone (calcium carbonate) has to be burned in a kiln and then slaked in order to produce a putty or powder which can be mixed with the aggregate and water to make a mortar. The changes in the material are called the Lime Cycle because, after slaking and carbonation, it returns to its original chemical formula CaCo3. 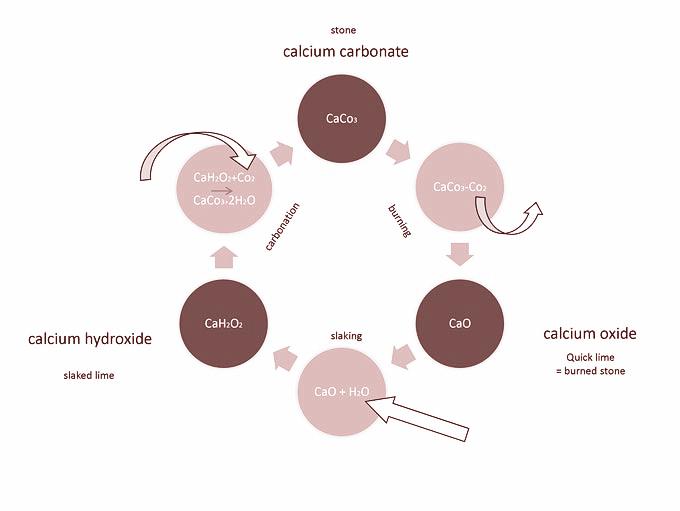 An intensive course about Lime Rendering was held on Gotland (Sweden), in the autumn of 2009 (Sustainable Heritage report No. 1). The focus lay on how lime render should be mixed and applied on masonry facades in the best manner. Students learned how to slake lime, make quick lime, to mix renders and to apply these at first on a test board and finally inside a traditional Gotland house… more documentation, programs and images on Hands–On Work in September 2009.

The intensive course Lime Stone and Lime Mortar in autumn 2016 will be about the art of making lime in the traditional way. Lime stone and the various uses of it are in the focus and the main topic is, of course, the use of lime stone and mortar in historic buildings… preliminary program and course details on Hands–On Work in Autumn 2016.