Introduction to historic windmills in Finland

This site has been established to serve the millowners in Finnish and Swedish as well as the interested English–speaking public with all kinds of information concerning the over 700 historic windmills that still survive in the country. The Finnish mill bibliography is very short, the publications are mostly outdated and none of them deal with the practical issues of millwrighting. Consequently, there is an urgent need for research and exchange of information concerning the many aspects of saving the Finnish windmills. Articles in Finnish and Swedish, or their resumés, will be translated by and by.

Please, contact us to exchange and promote knowledge and experiences of mills and millwrighting with a printable article, photos, surveys, good advice or any other information concerning your own wooden mill or one that you are restoring: Kirsti Horn, Architect, AA Dipl., +358 40 5540 950, kirsti.horn@gmail.com 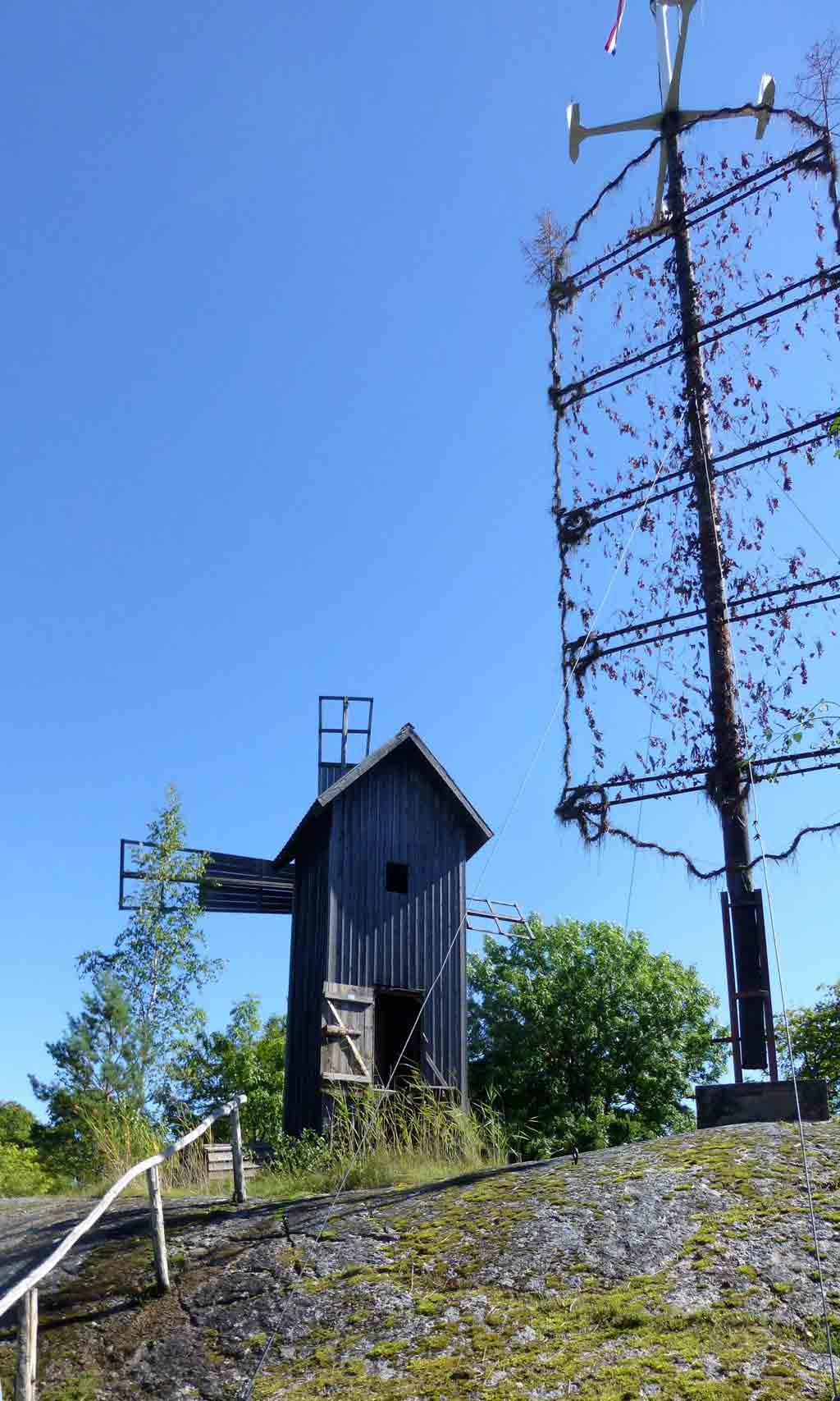 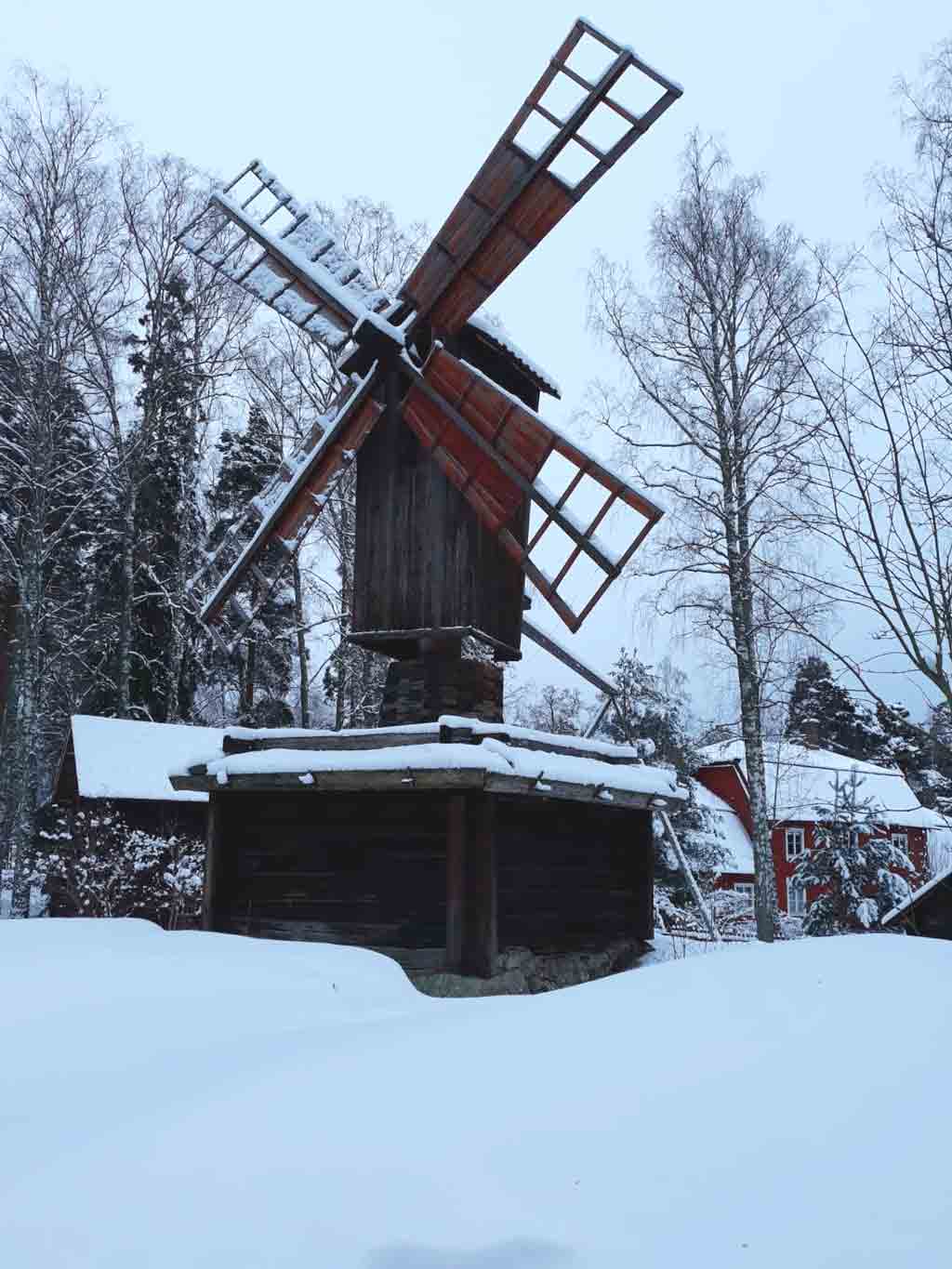 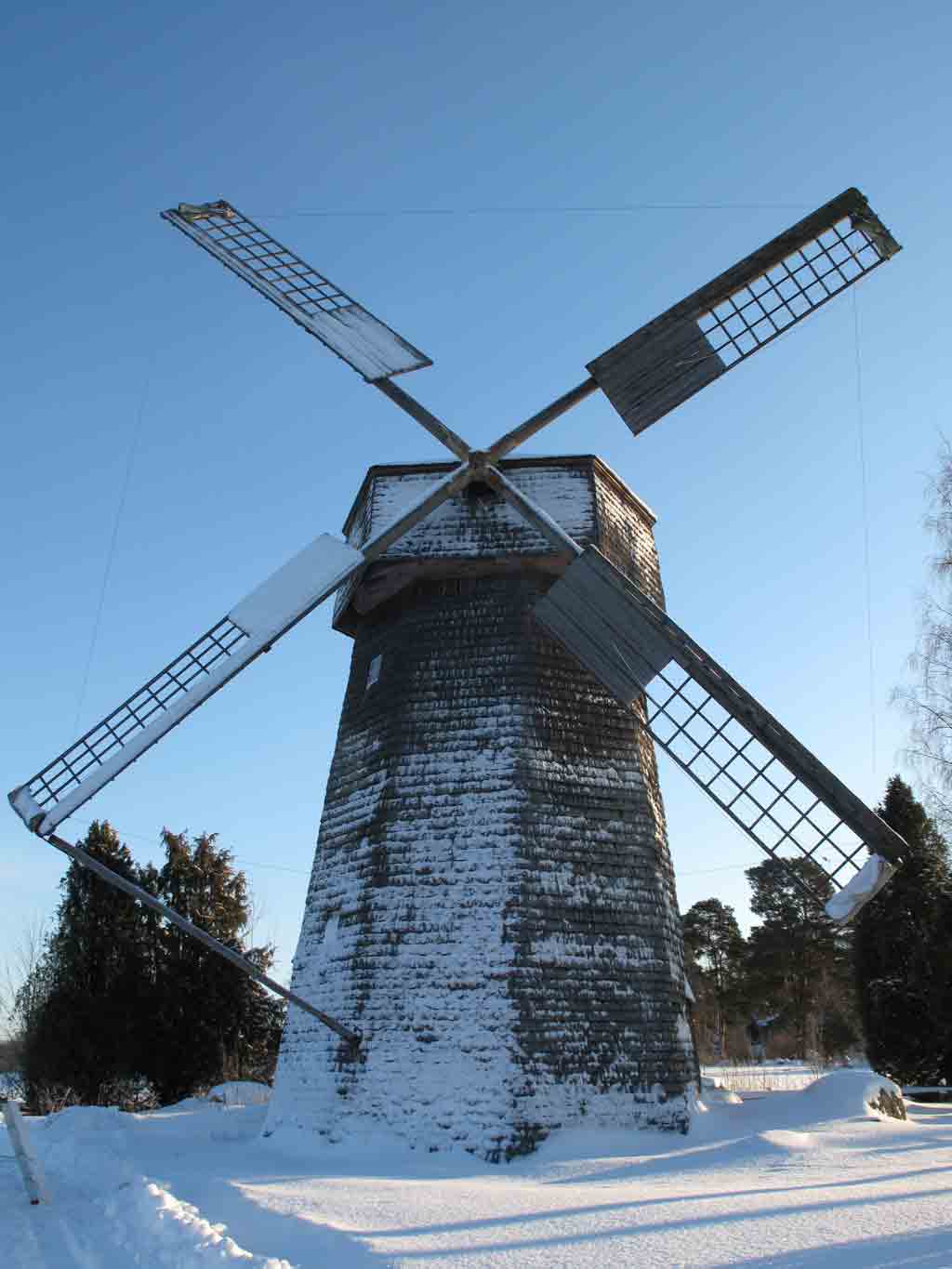 There are three types of vernacular windmills in Finland, each with distinctive regional variations in building technique and design. All these machines and their outer skin are made by hand out of wood, and not two windmills are alike. Most of the surviving ca. 600 complete vernacular windmills are small farm mills with the sole function to grind flour. Together with the mills on the islands of the northern Baltic Sea Finnish mills form a unique group among the mills of the world. Every one of these old machines testifies of the history of mechanics, agriculture and architecture.

Post mills represent the oldest type; hollow post mills represent a type that dates back to the second half of the 18th century; and smock mills, which are called mamselli in Finland according to mademoiselles who wore the smocks, were probably also introduced in the late 18th century. Most of the surviving windmills were built in the 19th century. According to Hirsjärvi & Wailes “smock mills were used by the manors; hollow post mills were built by the larger farmers, and post mills by smallholders”. Today most of them are painted with red earth paint—and indeed, this is known to have been the tradition since long in the western and central parts of the country.

Windmill technology was brought to Finland from Sweden. Windmills were mentioned for the first time in 1463 in this eastern province of the kingdom. Towards the end of the 16th century their number is known to have grown to about 400. Over the centuries the technology spread from the southwest through the whole country. Water–powered mills always dominated in areas with waterways but windmills were built in great numbers over the next three centuries where fast flowing rivers and rapids are scarce.